The long-announced project of the national stadium in Surcin should be made by 2025, and the construction price will amount to more than a quarter of a billion euros.

This was confirmed by the Ministry of Construction, Transport and Infrastructure and the Urban Institute of Belgrade.

The future stadium will be located in the city municipality of Surcin, in the part of the Surcin field, east of the state road, near Belgrade Bypass, between the Surcin-south interchange and the Ostruznica interchange.

One of the most modern stadiums, from the so-called Category Four, determined by UEFA, will be built on a total of 114 hectares of state-owned land, and the facility will have to meet very precise and strict standards of this organization and FIFA.

A shopping center, a football academy, and probably a museum of the Football Federation of Serbia will be built within the entire complex, while a regular line of Belgrade train will go to the stadium. Djerlek: FOURTH WAVE is coming, this will be FIRST MEASURE 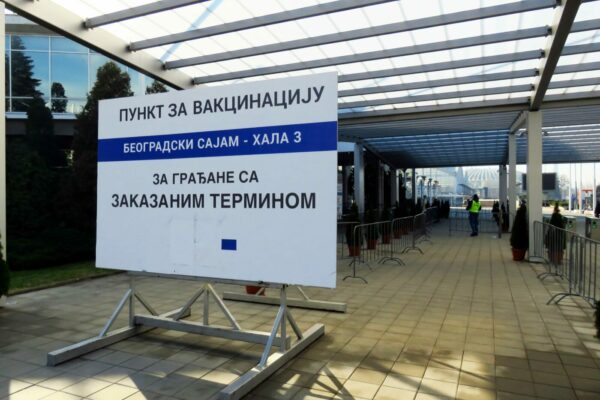 1.6 million vaccinated so far, 620 thousand have received the second dose