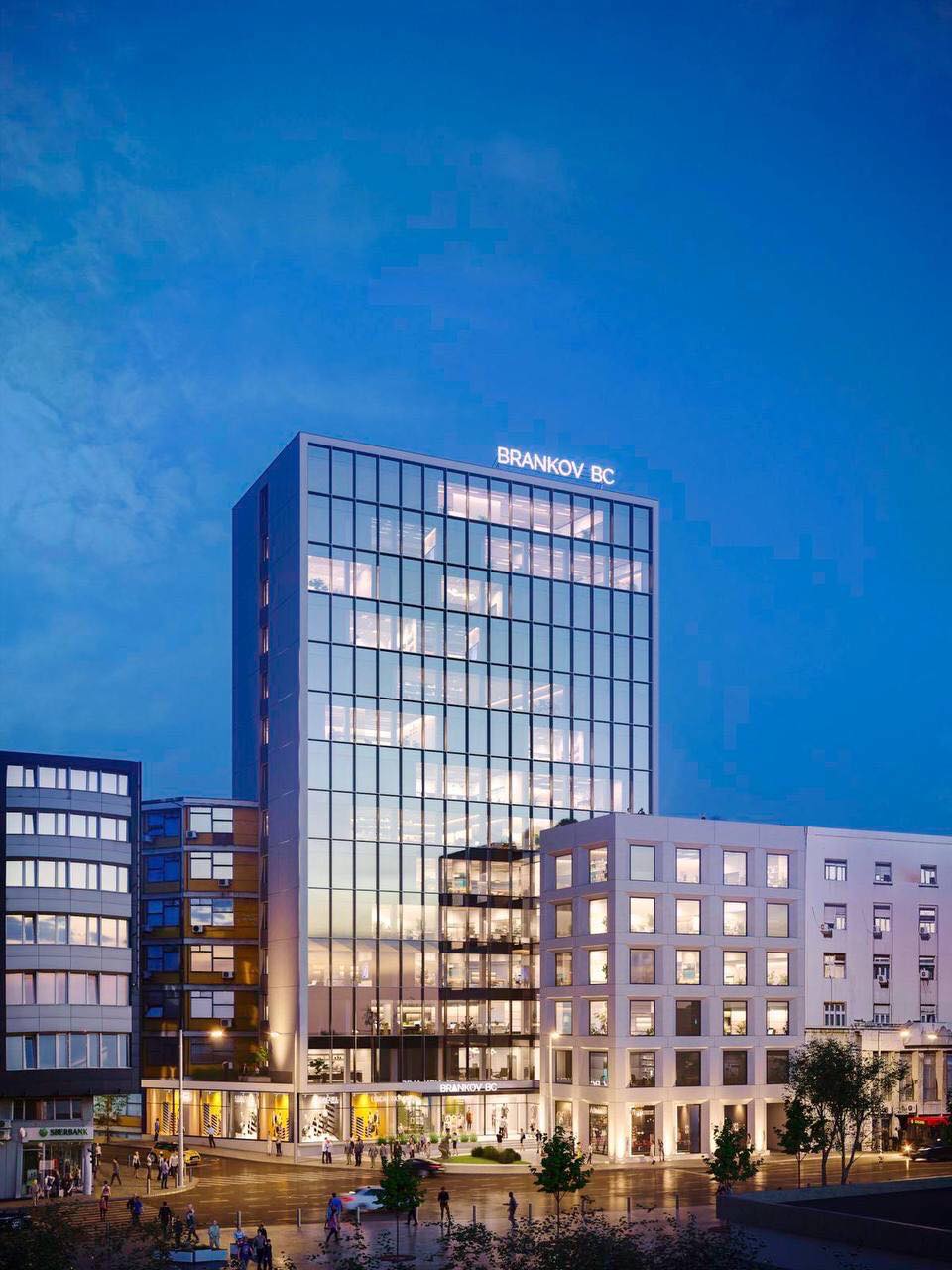 Deputy Mayor of Belgrade, Goran Vesic, has announced that the reconstruction of the Beobanka building at Zeleni venac will begin in about two months.

“The new owner of Beobanka at Zeleni venac informed me that they would install scaffolding in about two months and start the reconstruction of the building,” Vesic announced on his Facebook profile.

He added that the city of Belgrade, in accordance with the law, would give support to the implementation of this project.

Vesic also published photos of what the reconstructed building of former Beobanka would look like.

Today, the multi-storey building of Beobanka at Zeleni venac is only one part of the entire complex that was built by Energoprojekt in 1960, and the complex consists of three parts.

At the end of 2016, at a public tender, the company Stattwerk based in Stuttgart bought the central 13-storey building for 4,250,000 euros.

They announced at the time that the company planned to buy the other two neighbouring facilities. These are the EPS building in Carice Milice Street and the Tax Administration building in Zeleni venac Street.

The intention of the German company was to unite the former unit built by Energoprojekt and “merge” the facility at 2 Carice Milice Street and the building at 16 Zeleni venac.

The project also envisaged the use of renewable energy sources such as photovoltaic cells, wind generators, geothermal energy as well as heat exchange through sewer verticals and systems.

However, no progress has been made since the plans were announced.

Energoprojekt built this building for its own needs in 1982, and Beobanka moved into the tower at Zeleni venac, where it stayed until 2002, when it went bankrupt.

The building has been empty for years, and it has been in the current condition since 2007, when the facade was removed and the building was stripped bare to the structure.

When it was first designed, this building was one of the first that was built according to the new technologies.

HIT AMONG ADS: Man from Belgrade rents an attic FREE OF CHARGE… under a big CONDITION (PHOTO)